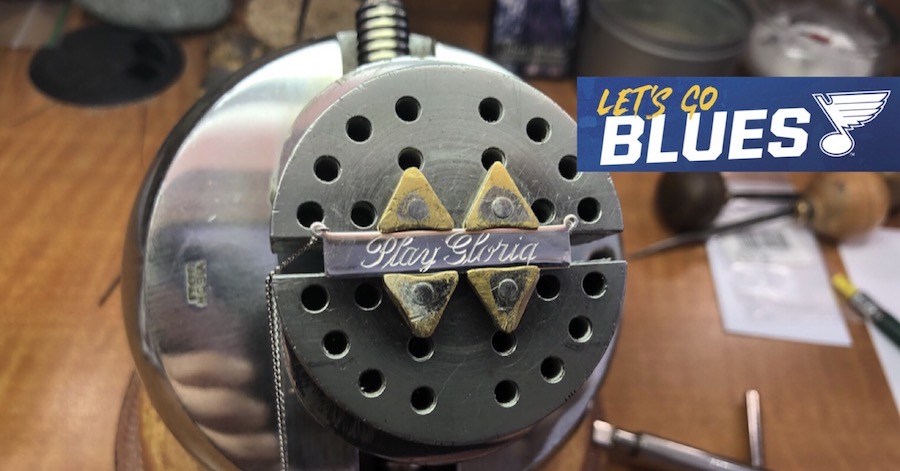 For many of us, the St. Louis Blues Stanley Cup win is so much more than a sports victory. It’s an affirmation for all of us who have loved this franchise, and this city, through all the ups and downs, good and bad. Although all championships are worth celebrating, few of them were this many years in the making. Few were this satisfying. Those of us who witnessed it won’t soon forget this hockey season, or the anthem that went with it: “Play Gloria!”

Our St. Louis Blues were born in 1967 and named after the W.C. Handy song, “St. Louis Blues.” That same year Bob Gibson pitched three complete-game victories. The St. Louis Cardinals beat the Boston Red Sox to take the World Series. Gussie Busch hired former outfielder Stan Musial as general manager. And the St. Louis Gateway Arch welcomed its first visitors. It was a golden era in St. Louis. Blues hockey fans have been waiting for a Stanley Cup victory, ever since.

Neustaedter’s Fine Jewelers, another St. Louis institution, opened its doors just a few years before the St. Louis Blues took to the ice for the first time. We remember 1967 St. Louis and all the years since then. We’ve loved being a part of this city’s history and we know exactly what the Stanley Cup means to St. Louis Blues fans of all ages. This win is special, and so we wanted to do something special too.

To celebrate this long-awaited championship, we’re now offering a limited edition, numbered, “Play Gloria” pendant necklace. This piece is hand engraved by our own Richard Neustaedter, one of the last few Master Hand Engravers left in the country. The necklace, (seen here), may be purchased in gold or silver, with or without a blue stone. Prices in sterling silver start at $149.95. A blue stone can be added for an additional $50. Call for pricing on white or yellow gold. This commemorative piece is only available at Neustaedter’s Fine Jewelers and can be purchased online, over the phone with a credit card, or by visiting our showroom at Big Bend and Dougherty Ferry Rd. Note: Because each pendant is individually hand engraved, (rather than mass produced by a machine), a two week processing period is customary.

Note: Because each pendant is individually hand engraved, (rather than mass produced by a machine), a two week processing period is customary.