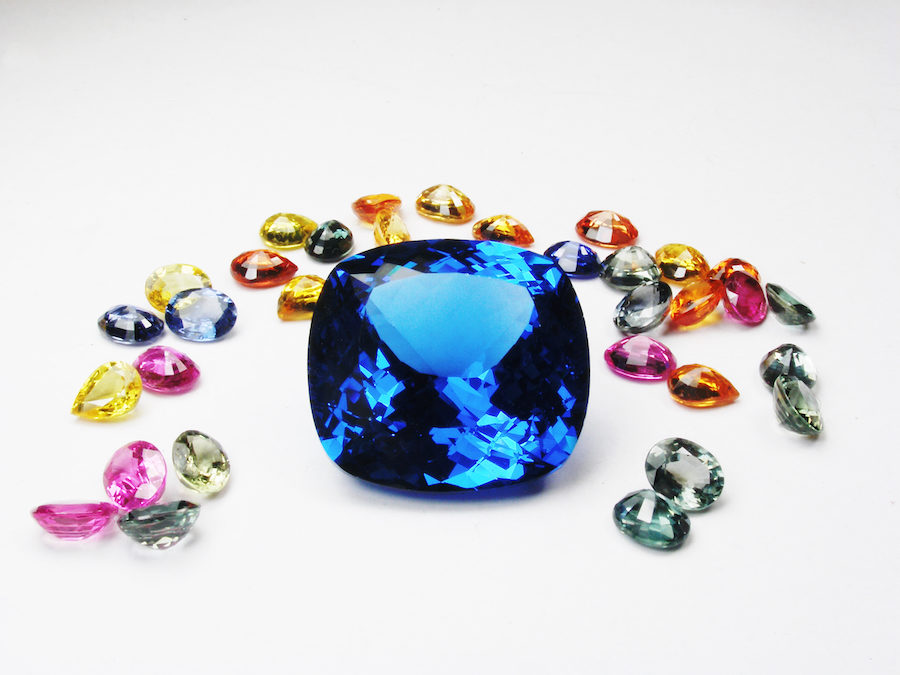 This September birthstone is derived from the Latin word “saphirus” and the Greek word “sapheiros,” both meaning blue. Some believe that the name sapphire is

derived from its association with the planet Saturn.

These stones make an excellent choice for an engagement ring, especially for someone who wants something unique and maybe a little bit nontraditional. They also make great gifts for dinner rings, right hand rings or gifts for a special occasion.

Known for centuries as a symbol of the heavens, sapphires are also considered to be a guardian of innocence. Throughout history, sapphires were worn as protection from illness. Sapphires are also symbols of job, prosperity, fulfillment, beauty and inner peace.

Sapphires have been prized as great gemstones since 800 BC.

Rulers of ancient Persia believed the sky was painted blue by the reflection of sapphire stones.

Blue sapphires were a holy stone to the Catholic Church and to Ancient Persians, who believed they made the sky blue with their reflections.

Ivan the Terrible of Russia stated that the sapphire endowed a person with courage by strengthening the heart muscle.

In the 12th Century, the sapphire was known as the most appropriate stone for ecclesiastical rings. 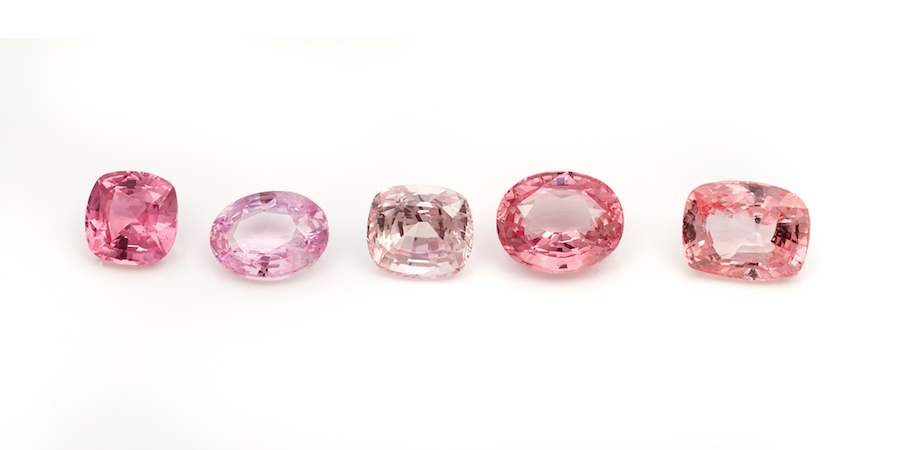 The sapphire has for a long time, been identified with chastity, piety, and repentance. Sapphires also are associated with romantic love, representing fidelity and 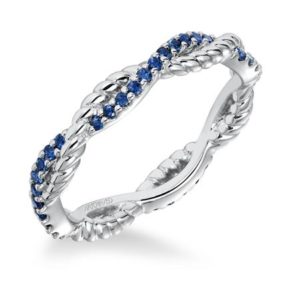 romantic devotion. I it also used for a quest to increase one’s faith, hope and joy and to keep thoughts pure and heavenly.

Some believe working with sapphires helps promote a positive attitude towards life, promoting self motivation and helping move forward towards a path of self-fulfillment.

Sapphires are said to have powers in cooling fevers, protecting against mental illness and sharpening eyesight. One ancient recipe for eyesight was to powder the stone and mix it with vinegar.

How Sapphires Are Created in Nature

The sapphire is a corundum an aluminum oxide with a trigonal crystal structure, in the same family as the ruby. The only difference between a ruby and a sapphire is simply the color. A red corundum is a ruby. Other colored corundums are called sapphires, which come in many colors, the most well known being blue.

The gem’s inclusions reflect light that yields a faint sheen referred to as “silk.” The most transparent, colorless variety of sapphires are known as “Leucosapphire.” Some have streaks of pale color inside, some have that slightly silky sheen and in strong light, their color intensifies. Sapphires are usually given round or oval cuts but rectangular or square cuts are also possible.

One of the reasons sapphires are popular is because of their strength. Diamonds are listed as a ten in terms of hardness, sapphires as a nine. The strength of the sapphire makes it a great choice for jewelry for everyday wear.

Fine sapphires are mostly available under two carats, but they can also be found in sizes from five to ten carats.

The color of a sapphire is created by various amounts of iron and titanium in the stone, the combination of which produce varying colors. Heat treatments have 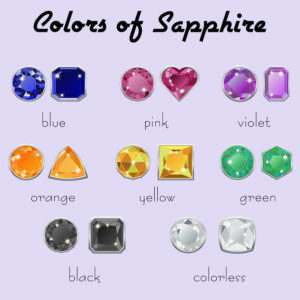 become common in recent years, as a way of improving color as the beauty of a sapphire is judged by the richness and intensity of its color.

The most popular color is blue, and the most desirable shade of blue is referred to as “cornflower blue.” It is neither light nor dark blue.

Like rubies, sapphires can come with a natural six rayed star inside, which is called the “star sapphire” and is extremely rare. The star sapphire reflects light, showing a star with six points.

The gray, blue-gray, and white “star” sapphires frequently show a more distinct star. In the gemstone trade, these are also referred to as “Linde,” pronounced “Lin-dee.”

Sapphires also come in violet, yellow, pink, green, dark gray, orange, and black. These different colored gems are referred to as “fancy sapphires.” They are often less expensive than the blue ones, yet equally as beautiful.

A rare colored kind of sapphire is called “Padparadscha,” which means “Lotus color.” It is the only color sapphire given its own name, besides the ruby. This stone is 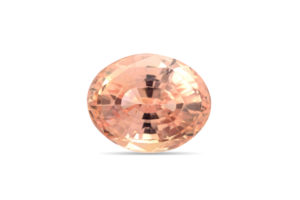 orange and pink simultaneously and can be very expensive.

Because of their hardness, many believe it’s ok to clean a sapphire at home. This may be especially risky if the stone has inclusions, which weaken the crystal structure.

Because you might not know about an inclusion until it’s too late, we recommend professional cleaning for sapphires as well as all other fine jewelry. A professional jeweler will be able to examine your piece for any kind of damage or wear, not visible to your eye. A damaged gem could be ruined if not cleaned in the proper manner.

At Neustaedter’s Fine Jewelers we are happy to clean or repair your fine jewelry. You can drop it off at our store, or we can clean it while you wait. In addition to our own clients, we perform cleaning and repair services for many other jewelry stores in the St. Louis area. Contact us if you would like to know more about our jewelry repair services.